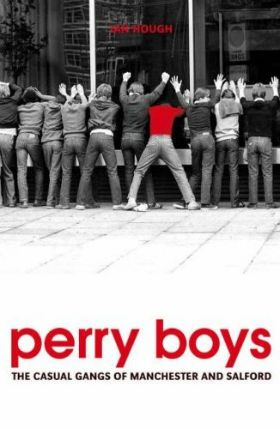 The true story of The Nameless Thing

You shouldn’t judge a book by its cover – but TGH can confirm selecting one on the basis of it’s spine works just fine.

Truth be told, it was three tell-tale adidas stripes secreted on the side of Ian Hough’s opening offering “Perry Boys”  that sold it to The Gear Hunter – and thank fuck for that, because it’s one of the best books ever written. Perry Boys Abroad wasn’t half bad either.

When TGH heard Hough had a novel out, we thought we’d best have a word like…

We like smugglers, stoners, purveyors of assorted intoxicants, outlaws and the kind of well-made clobber we imagine Scott of the Antarctic would sport were he around today. Will we find anything in Flake we like, then?

Probably nothing in the clobber department, but I imagine plenty in the outlaw, drug-dealing, smuggling and intoxicant departments. It’s the story of a bloke transplanted from Manchester to the wilds of New England who finds himself in the middle of a gang war between his biker mates and the local mafia.

All the characters are based on people I know or have known, some better than others. The main characters are involved in smuggling cocaine from Mexico into the US and then transporting it to the northeast, where the gang is based. They also grow a fair bit of choice herb but as Flake is set in the wintertime it’s an indoor operation. There’s a lot of gun talk and gun play, which is also based on some real things, to some extent. I like to think of it as a biker story without bikes.

Fancy a few lines of Flake…

Looking out Studio 2b window in the Heed, we can see a bookies, and the Nisa shop on the corner. And a barbers’, and some cars. What can you see out of yours – and did your current environment fuel you dreaming Flake up?

Out of my front window is a large cornfield, which in winter is a white expanse of snow. Out the back I can see a forest, over my back fence, which has provided me five winters’ worth of firewood for our woodstove. We’re on the northern edge of Greater Hartford, Connecticut, where the urbane meets the coyotes. I used this house and its surroundings as the protagonist’s house, but the outside scenes and everything else were all visualised about 45 minutes north, in Western Massachusetts. I lived there for six years between 2001 and 2007, and it is a place very close to my heart.

Perry Boys and Perry Boys Abroad proved fact can sometimes be stranger than fiction.
Did that make writing Flake harder or easier, do you think? 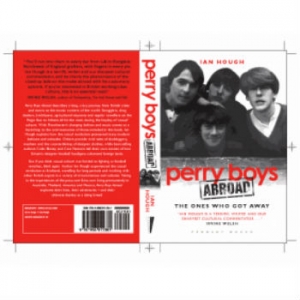 “It was a fucking chore”

I wrote Perry Boys in a kind of psychedelic floodgate, like all this information and detail that just poured out onto the page, very unselfconsciously. I think it had to come out, like technicoloured pus from the festering bite of some alien insect. Being outside the UK I was unaware that the culture had already been documented by others, which helped to make my voice all the more different.

By the time I was writing Perry Boys Abroad I’d read some of the other books and spent a lot of time consciously pondering the whole business quite obsessively. I think this resulted in a more normal book, which I regret a bit. I should have just carried on where I left off and not gave a fuck what anyone else had to say about it. I still have some unused chapters from the original Perry Boys manuscript, that Pete Walsh at Milo said were just too barmy to include; one about a time machine, one about a wanking machine, and a couple of others about other daft stuff. I’ll probably make them into short stories.

The first half of Flake was written in a similar way to Perry Boys, but was more channeled as if from someone else. It all started one Saturday morning on the United We Stand message board. I entered into a “write-off” with Mike Duff, a Manchester author, and we were each adding segments to our individual stories throughout the entire weekend. Those two threads got thousands of hits in total. He got a lot more hits than me, but the cheating cunt was just pasting an old story he’d written years ago while I was writing it in real time. Either way, it brought out the best in me for a couple of days, and by the end of that weekend I had the makings of a very decent story.

Perry Boys and Flake were a pleasure to write, because I didn’t think, I just let it flow. Perry Boys Abroad was more the product of thought and deliberation, with a lot more input from others who had tales to tell. Between the thinking, the editing and the fitting in all the quotes, it was a fucking chore. 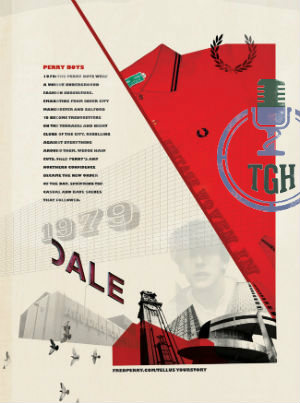 The threads of the story

You’ve seen a bit of the world. And must have experienced the odd “drought”. Where’s the hardest place you’ve been to score a bit percy?

Hmm, I think unless you’re somewhere really remote you should be able to nail something down. You can’t always get what you want, as the great man said, but something is always just a phonecall, a car/taxi/bus ride, few pints, hours away.  I must have some kind of invisible sign saying “I take drugs”, because I’ve been taken into peoples’ confidence very easily and have often found myself in too deep without even trying.

If you can’t fall out of bed in the States and land on something, you’re doing it wrong. These days I’m very well-behaved though. I’ve been losing weight and living healthy, ‘cos I was heading for a nailed on heart attack. I know too many people my age who popped their clogs because they didn’t know when to knock the class A’s on the ‘ead.

Worst drought ever? I think it was during my apprenticeship, back in Manchester, around 1983, when acid was very thin on the ground. We used to trek all over the fucking place on a quest, and when we found it we’d be ecstatic. Those years gleaning the magic (despite there being a ton of speed, herb, smack, etc) taught me how to survive in a drought. Fortunately, I’ve never had to put my training to the test, and I feel like I’m out of the woods now. I shouldn’t have said that; I’ll be dead by the time you get this!

As for Percy, as you call it, I’ve certainly spent some time grovelling about on bathroom floors looking for crumbs, but that was more about the moment than any prevailing shortage out there in the world.

All the best, Gear Hunter. Nice talking to yer.

I’m The Gear Hunter and I’m sending out a smoke signal – if you’re not tuned in, you’ve already dropped out…